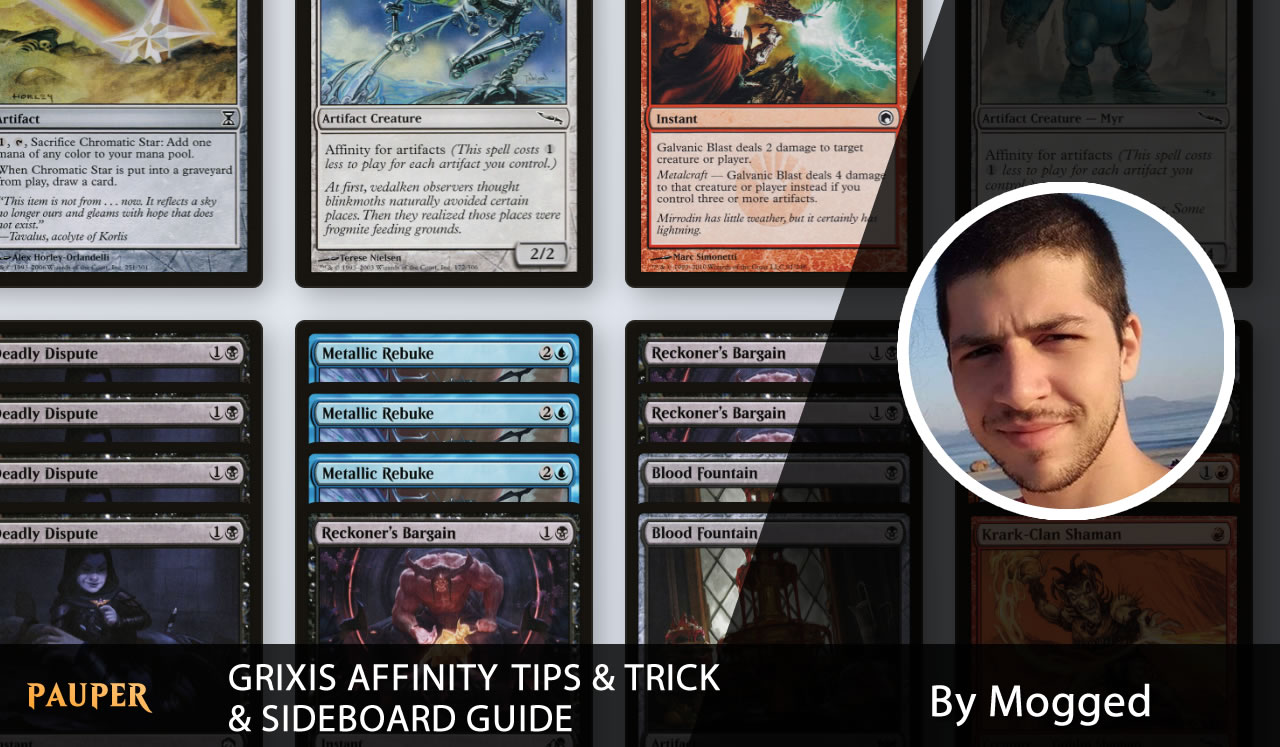 
Affinity has earned a reputation as a force to be reckoned with in the Pauper Format of Magic: The Gathering over the years. In this article, Mogged dissects his latest version of the deck, with a full sideboard guide and his best tips and tricks to beat the Pauper meta with it.
Article at a glance

Affinity and the Pauper Metagame

For many years now, affinity has been widely considered one of the best decks in the Pauper Format.

Since the introduction of dual affinity lands, affinity has consistently dominated the Pauper Metagame . It has remained the most popular deck, standing the test of time and outlasting its long-time rival, Ux Fairies.

This deck features a core of powerful cards that are consistently used as its foundation.

Including both, the old and the new ones. 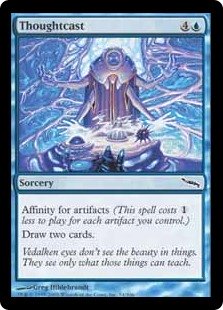 The latest additions to its core are Deadly Dispute in combination with Sacrifice Outlets.

One of the notable aspects of these cards is that they have very generic effects that do not restrict you to a specific archetype. Drawing cards, playing vanilla creatures, and dealing damage are all highly flexible effects, allowing you to build your affinity deck towards either end of the aggressive-control spectrum. Personally, I tend to prefer cheaper cards, but there are numerous options available.

Some examples of affinity decks I have tried in the past include:

In today’s metagame , Monored  is the current boogeyman, and we have to adapt in order to beat it without taking too much away from our strategy.

The is the affinity list I have been using lately, and I will break it down in this guide: These are the 3 options that I choose to maximize in order to be resilient versus red aggro: Frogmite, Reckoner’s Bargain and Metallic Rebuke. 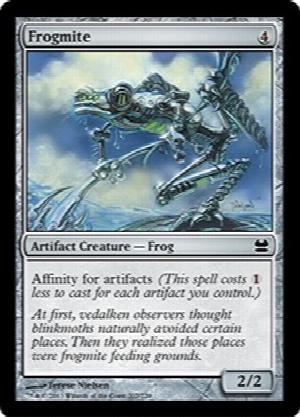 In this strategy, Frogmite significantly lowers the curve of the deck. It allows you to utilize some of the deck's significant card advantage as early as turn 2, and even if it trades off with Lightning Bolt, the time it buys you is still a net gain. 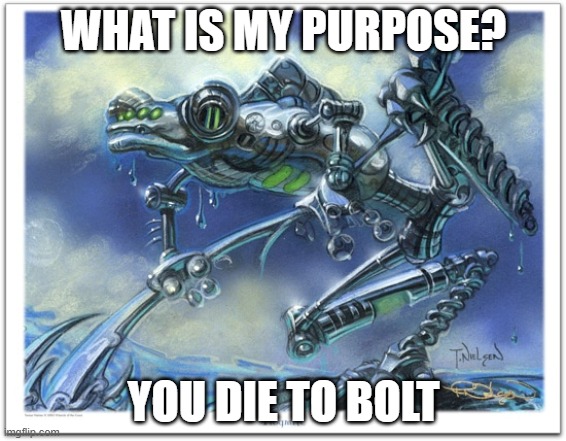 However, this card also has the potential to enable Metallic Rebuke very early, and it can be sacrificed to Bargain for a gain of 4 life. Overall, it plays a vital role in low-to-the-ground fights.

Sequence your untapped lands first for maximum speed in game 1, and your taplands first after sideboarding against gorilla shaman or other shatter effects.

The most important trick with this deck is timing the sacrifices. There are many ways to exploit this and disrupt your opponent's plans.

Using deadly dispute or Reckoner’s Bargain to sacrifice a Krark-Clan Shaman with it’s triggers on the stack can net you extra value.

Chump blocking and sacrificing this can be super important as not only you extract value from your chump blocks but could also mean that you can stop the lifelink of a 10/10 cat which comes up very often in the gates matchup.

Sacrificing your things could also help you avoid an exile effect like Dust to Dust to gather targets for your Blood Fountain.

This is a very weird interaction, basically the affinity cost is reduced for the count of Chromatic Star even if you sacrifice it to cast your affinity cards, this doesn’t come up often but when it does it could be extremely important. For example a spot where you need to both cast your spell and maximize your chances to draw a land, stay aware of this hidden opportunity!

Affinity has historically had a favorable matchup against blue decks such as Ux Fairies and its successor, UB Terror, though these can be difficult to navigate and may go either way. You can learn more about UB Terror in my previous guide .

Affinity performs well against less popular decks and newcomers like Tron, and it is also faster than gate decks.

So, is affinity unbeatable? It is certainly a strong and formidable choice, but no deck is unbeatable; cards like Gorilla Shaman and Turn to Dust are its Achilles' heel.

The only things preventing Affinity from complete domination and eventual banning are these two cards. While Affinity has a strong advantage in Game 1, Game 2 requires much more caution, as you must constantly invest instant-speed mana to deal with these two cards. Every turn, you must choose between playing around them or focusing on executing your game plan, by taking a significant risk.

Your defenses are Metallic Rebuke and Hydroblast. 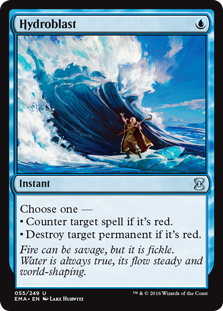 I will provide a small explanation and my winrate evaluation for our side if both decks are played optimally.

It is very easy to refill with cards so all your efforts should be put into preserving your life total. 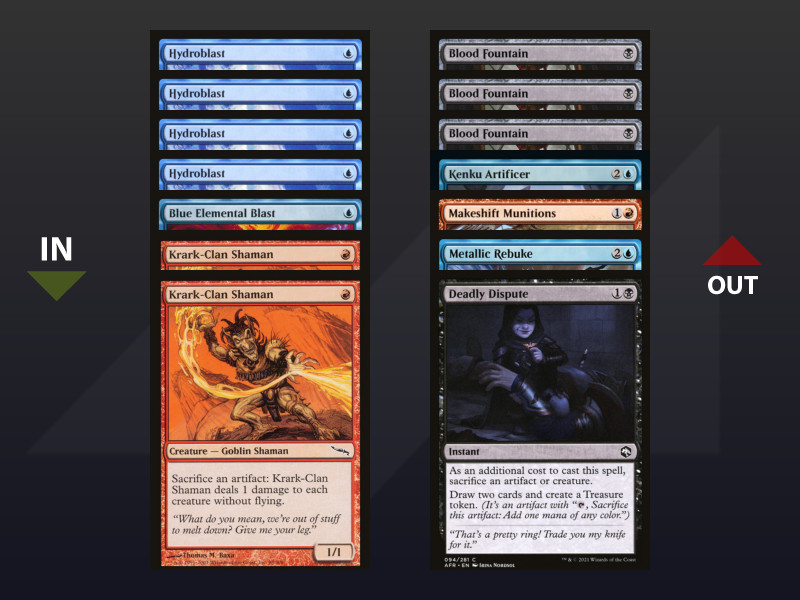 Games are usually centered around Gorilla Shaman postboard which means indestructible dual lands in the opening is an indicator of future victory. 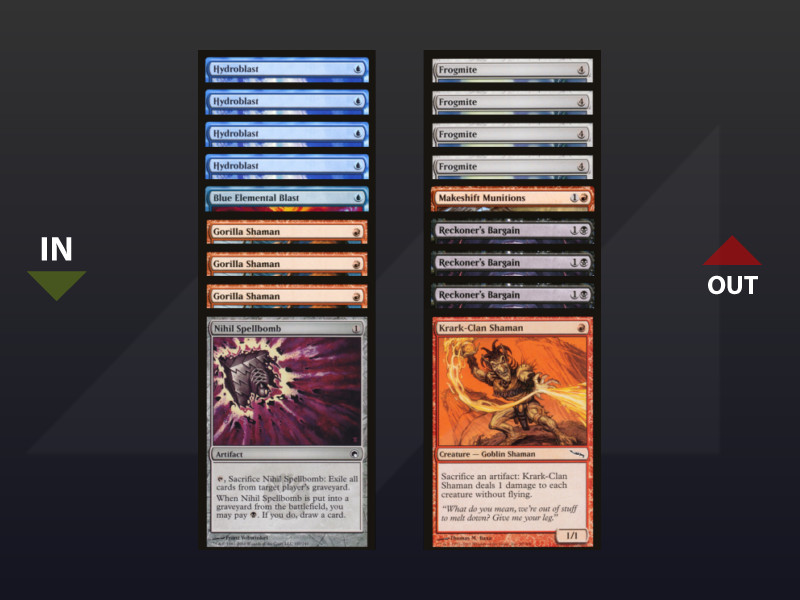 Long games usually benefit affinity making us the aggressor in this matchup more often than not, it should be easy to outgrind them with blood fountain if we sequence our spells correctly. 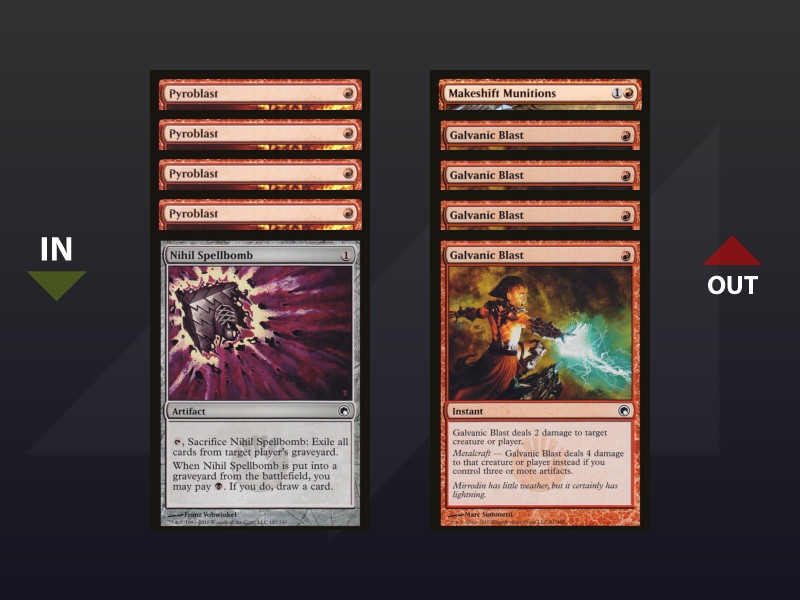 Game 1 is really hard to win, we get a little better postboard but this battle is usually decided by our opponent’s draws, look to keep fast hands, it’s almost impossible to answer everything they got. 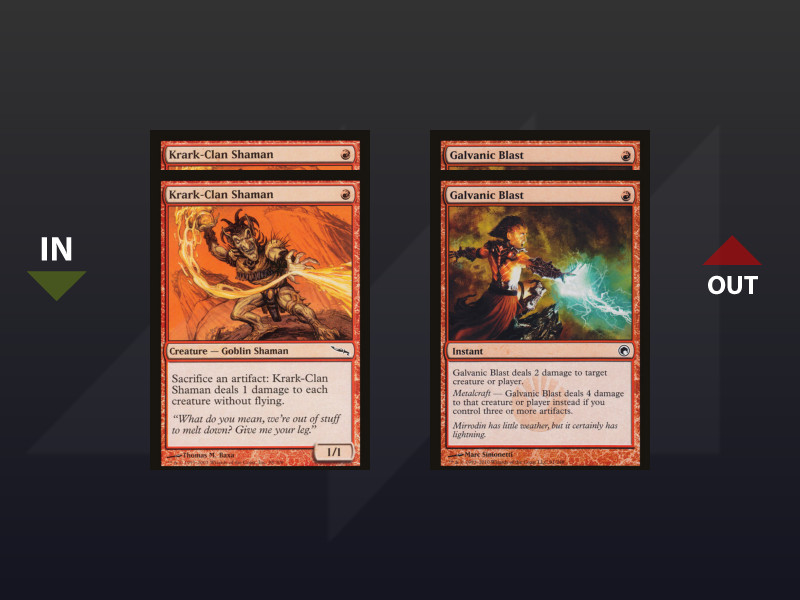 We have no way to interact with their lands, but Metallic Rebuke will always threaten to counter the fog, making the tron players invest a lot of mana earlier than they would want to. 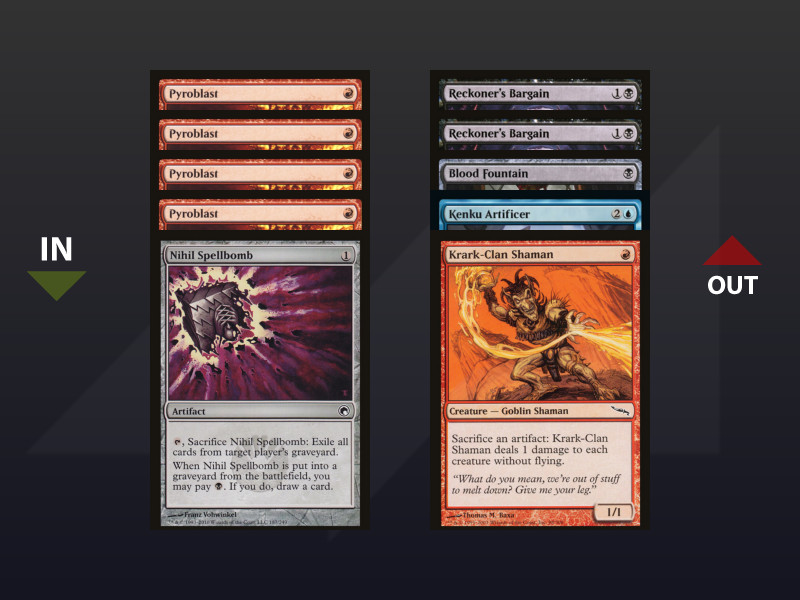 Dust to Dust is extremely hard to combat since it needs constant mana investment for Metallic Rebuke and Deadly Dispute making the game smoother for them postboard. 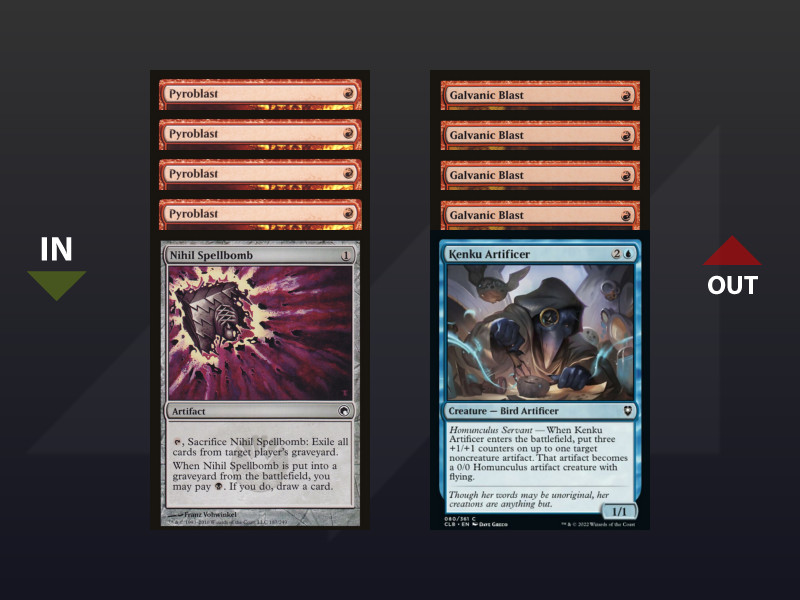 Very difficult to navigate, we have to find windows and take calculated gambles by firing multiple spells in a turn through counterspells. We are a little better at grinding but we should still be vulnerable to their ninja-fae lock. 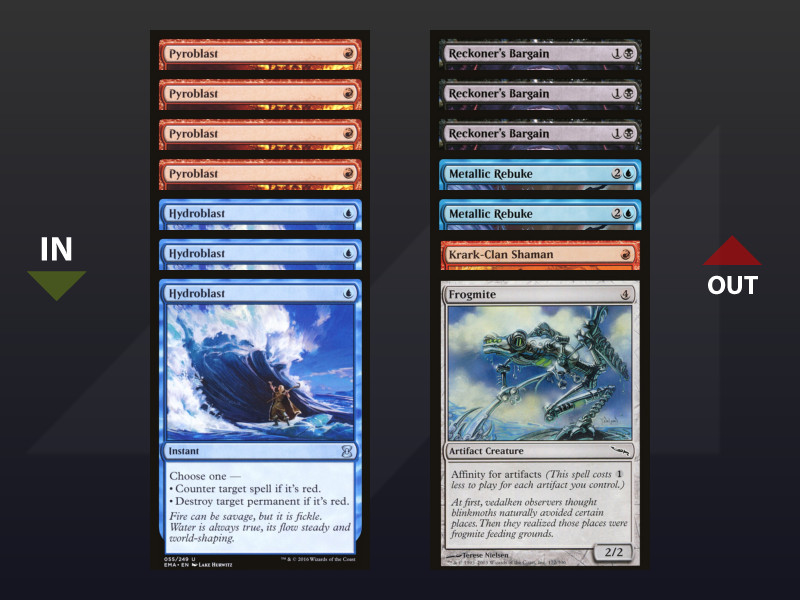 If I were challenged to a Pauper duel by Mengucci with no prep time and the stakes being that the loser would be sent to the shadow realm, I would choose Affinity as my blind deck choice without hesitation. It is that powerful. 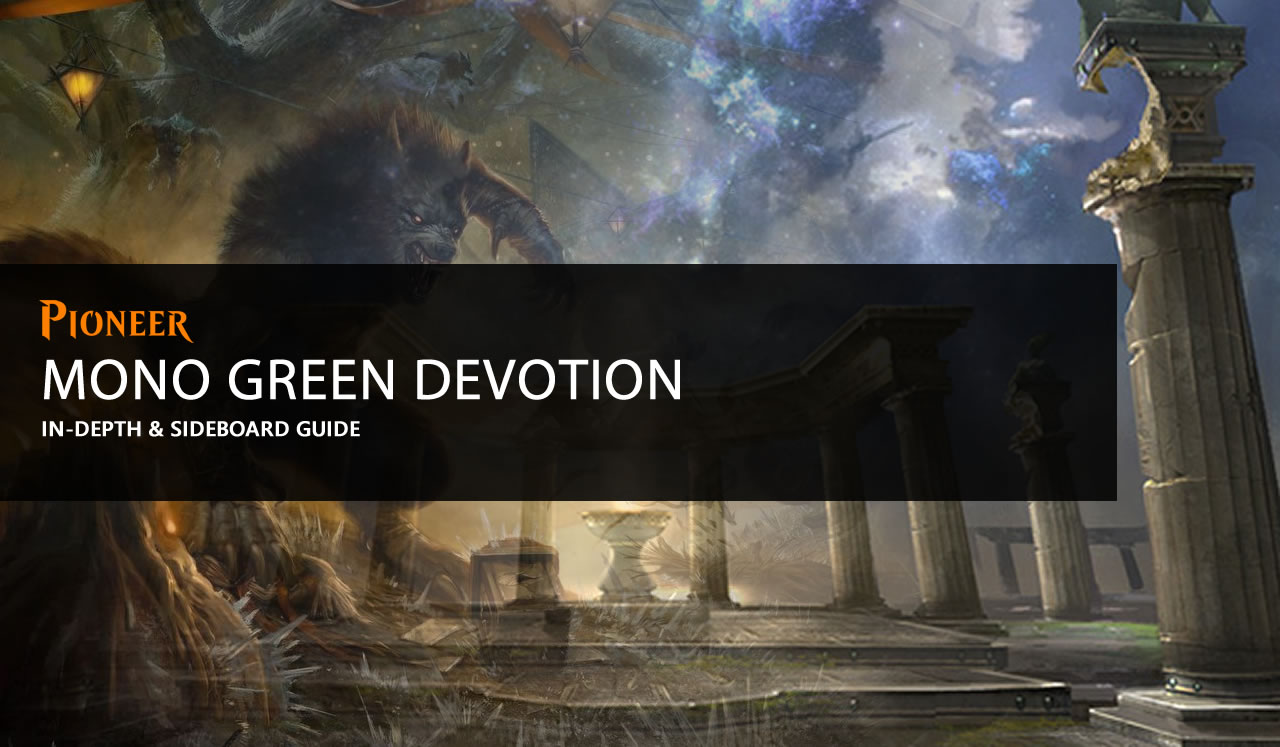 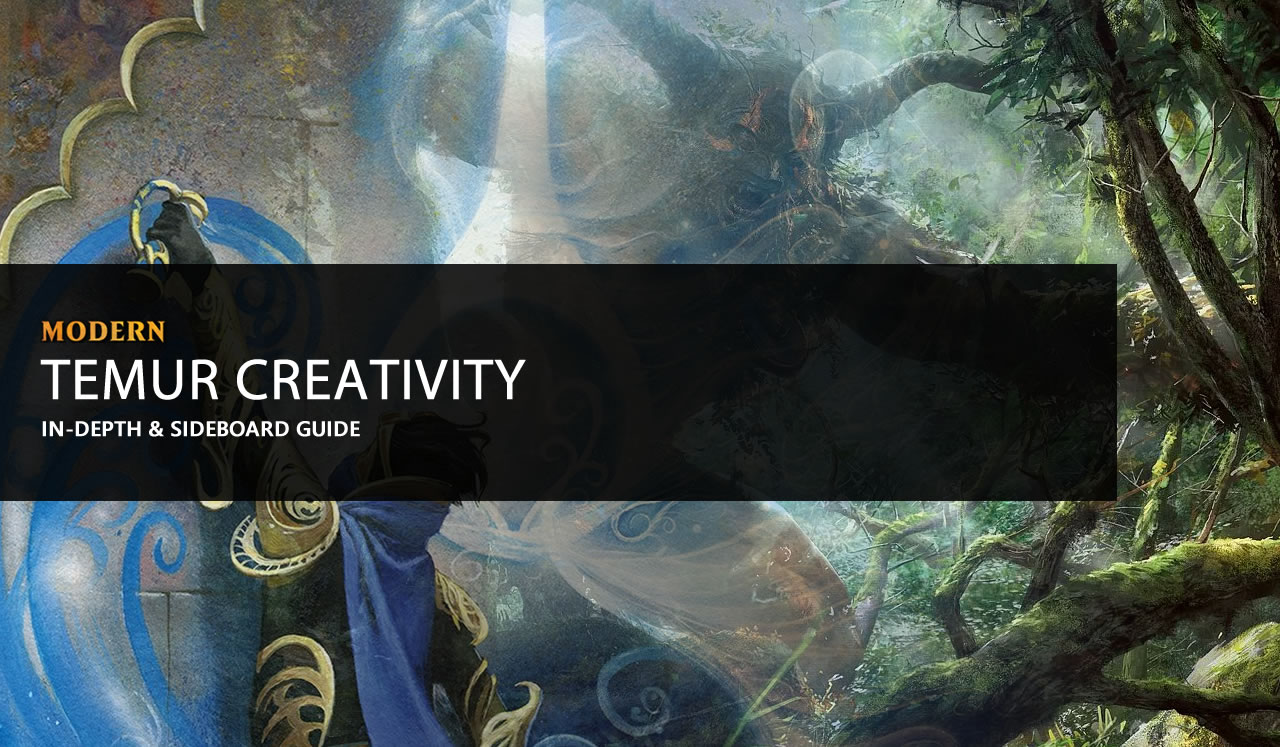 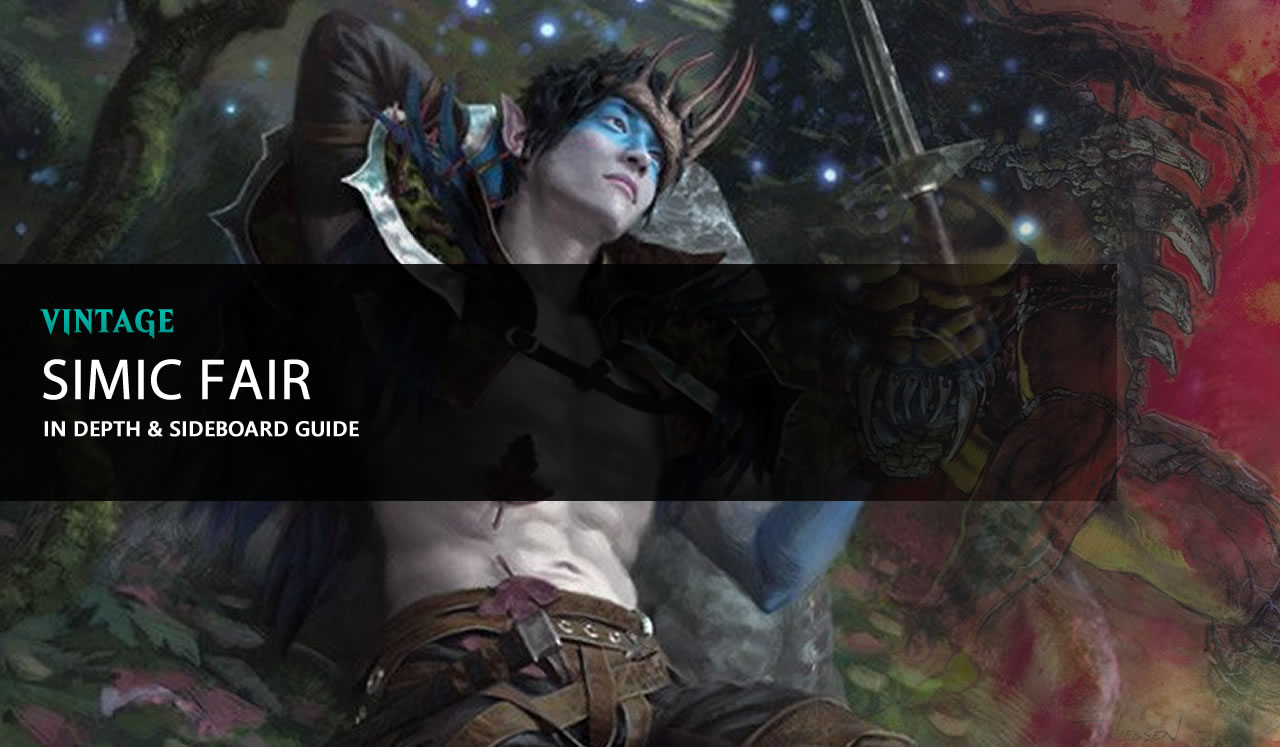 Getting ready for the Vintage Superqualifier: Vintage Simic Fair Primer 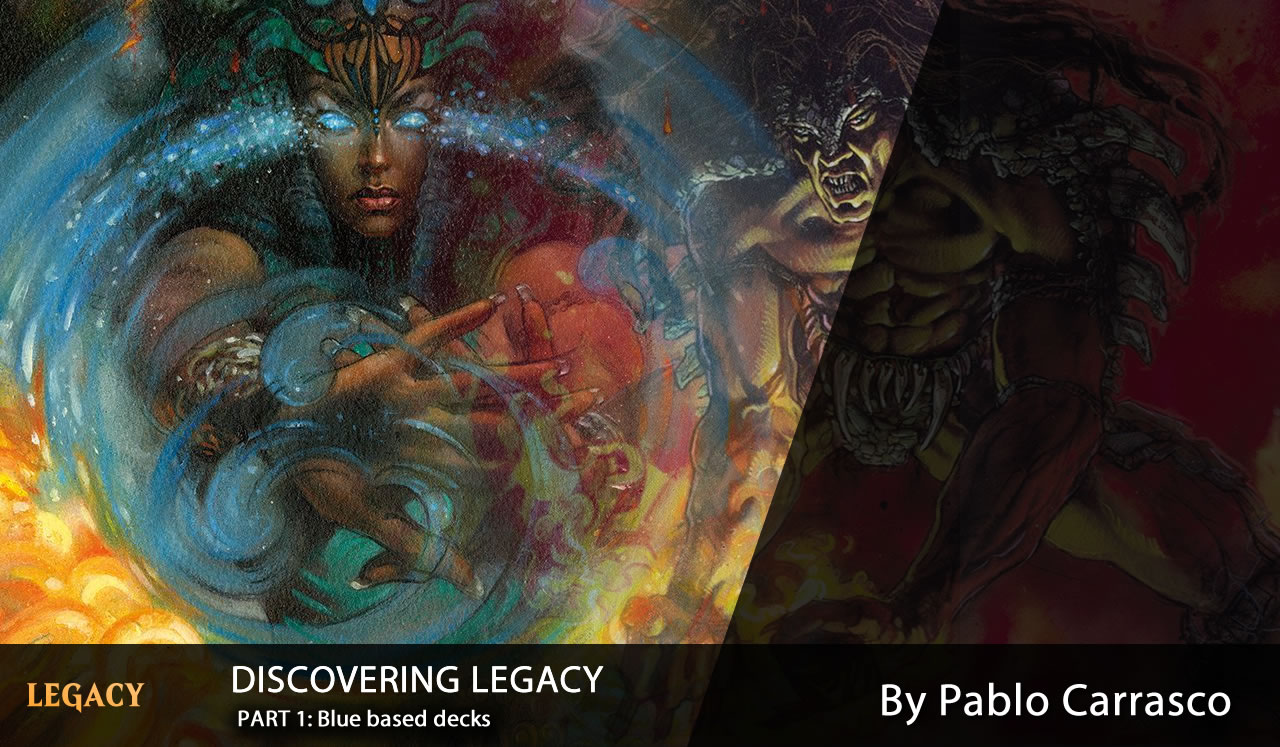