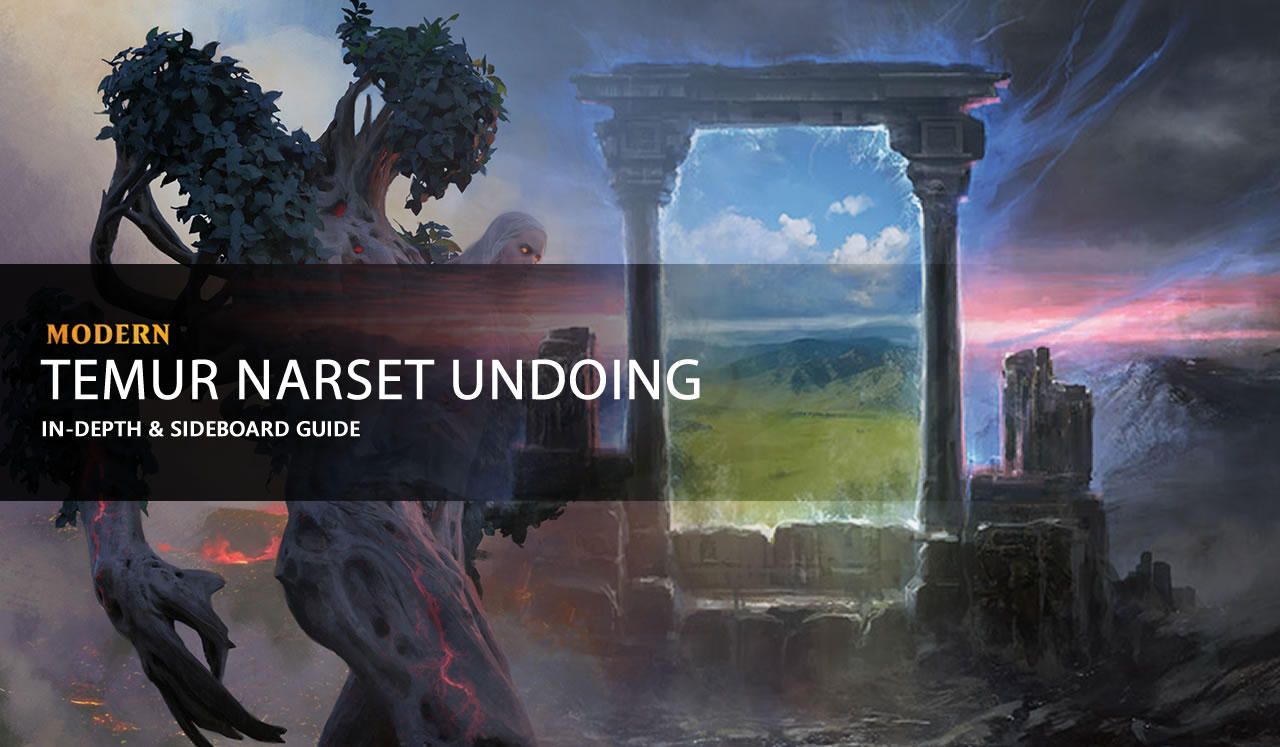 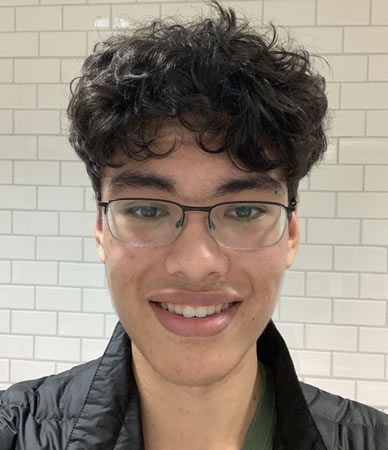 
If you're looking for something spicy to stay ahead of the competition, you need to check out Erik Ely's latest take on the Narset Undoing archetype. He breaks down the key plays and choices that brought him to a top 9 finish at NRG St. Louis.
Article at a glance

Recently, UW control decks featuring the Narset, Parter of Veils and Day’s Undoing combo have been performing well on a competitive level. The deck utilizes pitch spells to protect itself on the early turns of the game and wins the game by shuffling away its opponent’s hand while also drawing 7 cards. So if UW has been doing well, that begs the question, why play Temur instead?

Easy answer: Wren and Six! Wrenn and Six is the perfect control card; it does everything a control deck could want. Wrenn guarantees land drops, removes small creatures, and can outright win the game if you ultimate it. Even better, it only costs 2 mana. It is SOOOO good.

Not playing white does have a cost though. We lose out on Teferi Time Raveler, Prismatic Ending, and Solitude. These are incredibly powerful and versatile cards, but by choosing red and green instead, we also gain access to Expressive Iteration, Fury, Ice Fang Coatl, Lightning Bolt, and Ragavan, Nimble Pilferer.

If you love interactive midrange/control decks and hate losing to 4 color piles, then this deck is for you! Without further adieu, here is the list: There are some cards that might seem weird in this list, such as 2 maindeck Brazen Borrower. Personally, I am a big fan of Brazen Borrower since it can temporarily answer any problematic nonland permanent and also be a 3/1 beater with flash. Your opponent played a wrenn and six and you didn’t have a counterspell? No problem. Your opponent cracks a fetchland after playing an Omnath, Locus of Creation off of Cavern of Souls? No problem. Brazen Borrower can handle it all, and is especially useful/necessary since we don’t have access to the white cards listed above. I think 2 copies is the perfect amount, but you could also play 3 depending on the meta. 4 copies can be too much and can clog your hand in matchups where it isn’t useful.

Another thing you might find odd is the inclusion of 4 Subtlety mainboard. Typically UW versions play more force of negations and play less subtlety. 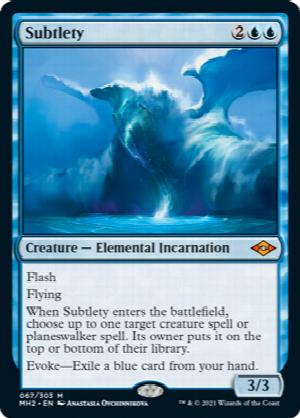 I have found Subtlety to be the best card at eliminating the disadvantage of being on the draw since it can delay your opponent’s plan by a turn which can be crucial for you in order to have enough mana to interact. For example, if you are playing against 4 color control on the draw and they play a Wrenn and Six on turn 2 before you have the mana for counterspell, pitch casting Subtlety can stop them from running away with the game. Pitch casting Fury can also be good since it allows you to hold 2 mana for a Counterspell or an Ice Fang Coatl afterwards.

Finally, you might find it strange to see 2 Dress Down mainboard. Dress down is a necessity against Urza’s saga decks since Urza’s saga can’t be countered or Subtety’ed. Killing their tokens while drawing a card is great. Dress Down is also coincidentally good against a lot of the meta, so I definitely recommend playing at least 2 copies, maybe more depending on the decks you expect to see.

Think very carefully about when you cast Dress Down. For example, if you play it on your opponent’s end step, you wont be able to get any value from Fury. However, you can also use Dress Down to play your Subtlety’s and Fury’s for free. I wouldn’t recommend doing this though because you really want to get value from Subtlety and Fury. This is very dependant on the matchup though.

The rest of the cards are a bit more obvious. Let’s take a look.

Ice Fang Coatl can also act as card advantage since it will draw you a card and usually trade for a creature or one of your opponent’s removal spells.

Lightning bolt is a pretty standard removal spell that also synergizes with Wrenn and Six’s ultimate.

Fury acts as more removal and can also be a threat/blocker. 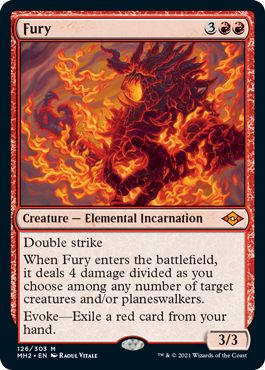 Counterspell is a very versatile answer that can be used on our opponents' threats or to protect our spells.

Last but not least, there’s Narset and Day’s Undoing. These cards are VERY good together, but are also good on their own. Narset provides card advantage by drawing us two cards and stopping our opponent from drawing extra cards.

Day’s Undoing can seem like a dead card without Narset, but that is definitely not true. Lets see a few examples:

How to play the deck

Those are the card choices, let’s talk about how to play the deck. Your primary goal is to prolong the game to the point where you’re able to cast your elementals paying their full mana costs and then start attacking your opponent. The Narset + Day’s undoing combo gives you a proactive option that synergizes well with pitch casting Subtlety and Fury. However, I would say that most of my games were won without the combo.

Some things to note while playing the deck:

Alright, now that you know how to play the deck, here’s my sideboard and matchup guide.

Notes: I bring Ragavan in against “do nothing” decks, or in other words, decks that don’t play much in the first turns of the game. 4 Color isn’t exactly a “do nothing” deck, but it demands an answer and can snowball out of control, so I like it a lot here. Endurance is a solid flash beater and blocker. Subtlety is my favorite card in this matchup and synergizeses excellently with Ragavan. Subtlety can protect your Ragavan by pseudo countering Wrenn and Six or can keep the board clear to guarantee Ragavan hits. Think about when to play your Fury’s, you really want to get the full value out of them, but playing a 3/3 doublestriker on a clear board is ok too if your opponent is low on cards in hand.

Notes: Comboing is tough in this matchup because of the counterspells and removal they have to hit Narset, so I don’t love the combo. The goal here is to kill their threats and beat them with your card advantage. In this matchup, I would also consider leaving the Dress Down’s in and cutting more Narsets since Dress Down can make a Murktide enter as a 3/3 which is very easy to kill.

Notes: Subtlety or Fury on early creatures can be the difference between winning or losing, so think carefully. You could also consider cutting counterspell because it’s slow and bad against Urza’s saga.

Notes: Ragavan is good because they don’t have early creatures. If your opponent taps one of your lands with Fire//Ice and you are able to Veil of Summer in response, it’s probably worth it. It’s ok if you are unable to counter Crashing Footfalls, that’s ok because you have plenty of answers to the Rhinos. Manage your life total in this matchup since the Rhinos hit hard and you will likely have to take a hit or two.

Notes: Cutting Expressive Iteration seems bad, but it really isn’t. Every other card has a use and a sorcery speed card draw spell is the least useful card in the deck against Titan decks. I keep lightning bolt in because it kills Arboreal Grazer to let Ragavan attack. It can also be used with Wrenn and Six to kill Dryad of the Ilysian Grove. Sometimes, you can double bolt a Primeval Titan to not lose. Often, games will go long and you can finish your opponent with Bolts plus Wrenn and Six emblem. A lot of your maindeck cards like Subtlety and Dress Down are really good in this matchup.

Notes: This is probably our best matchup. Veil is VERY good here. I don’t like cutting Brazen Borrower since it’s a flash threat, but Ragavan is cheaper and demands a turn one answer. In this matchup, your goal is to advance your gameplan while protecting yourself with free interaction. Just be careful of Teferi, Time Raveler since that card is incredibly annoying to deal with. Fortunately, our deck can play sorcery speed and has many ways to stop Teferi from resolving.

I hope you enjoyed this primer and good luck trying the deck out for yourself! 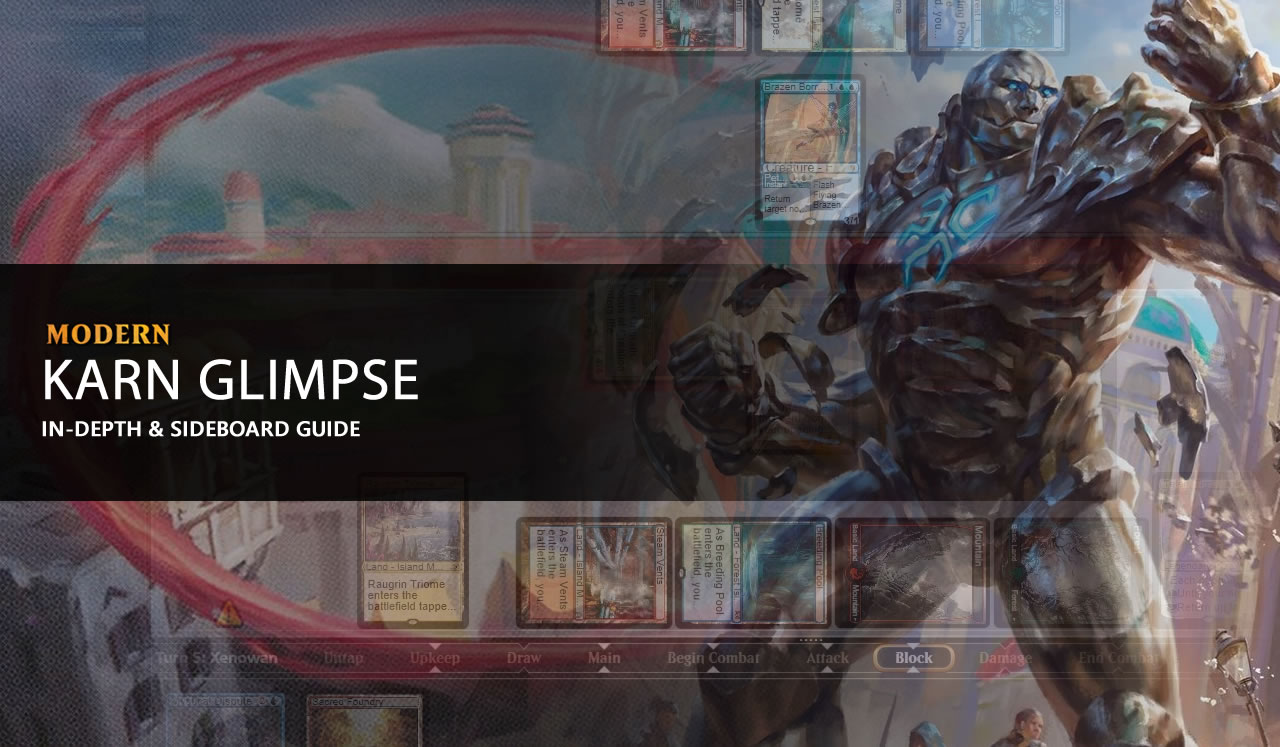 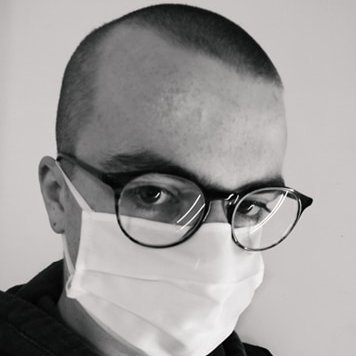 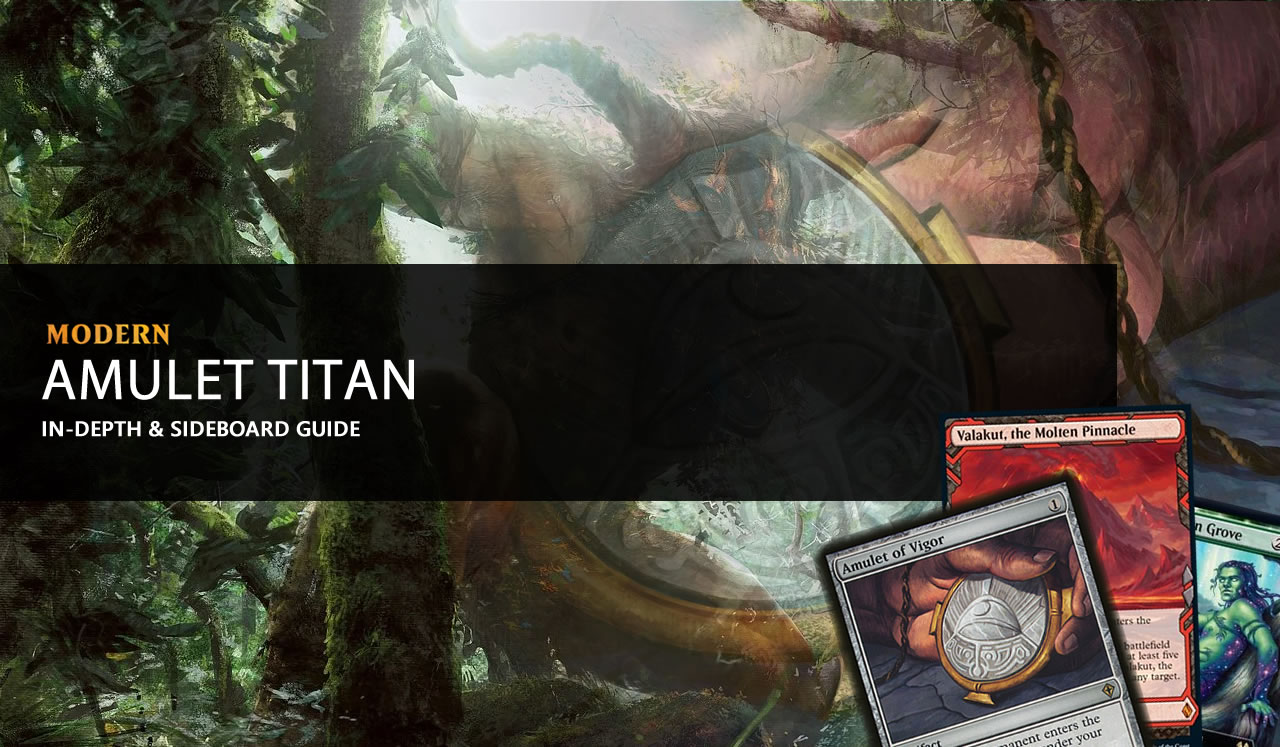 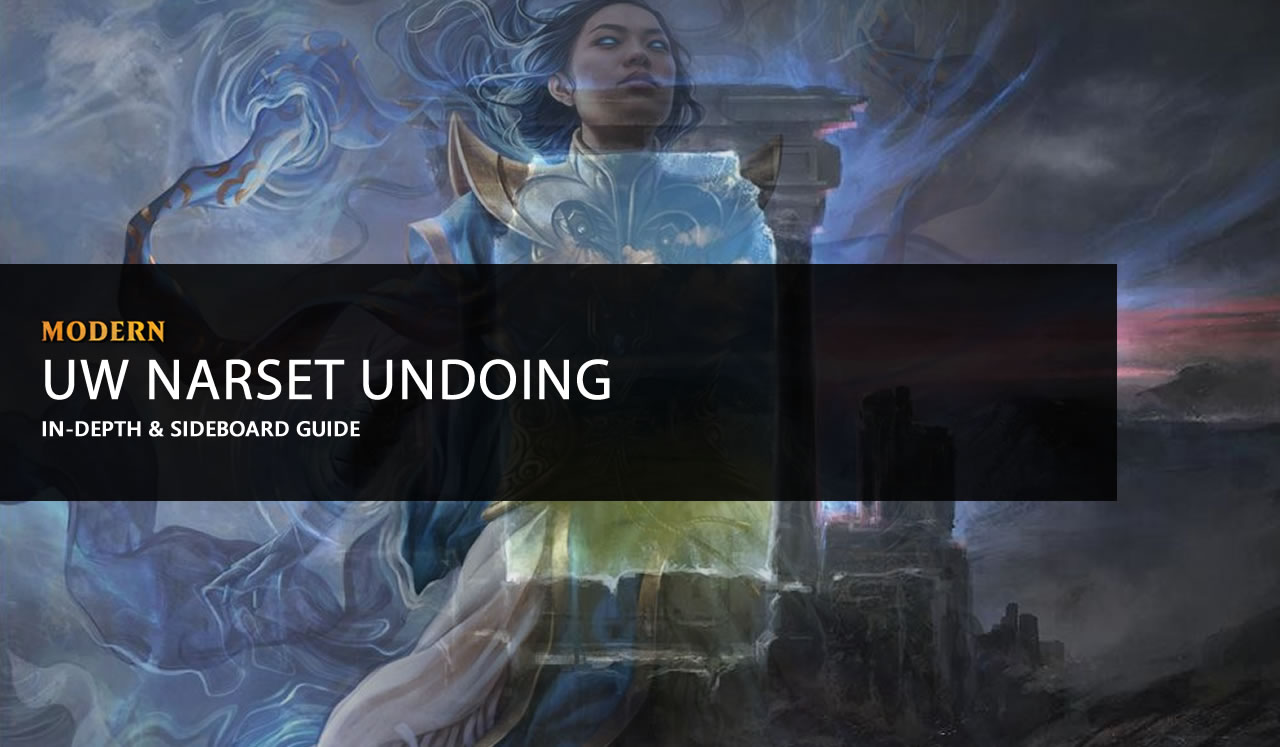 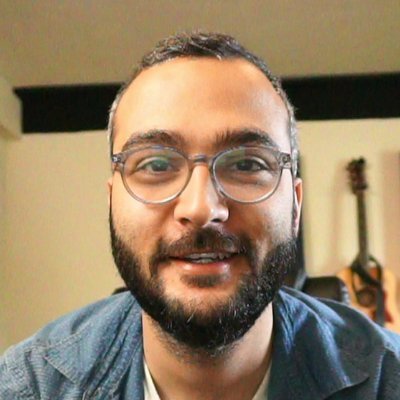 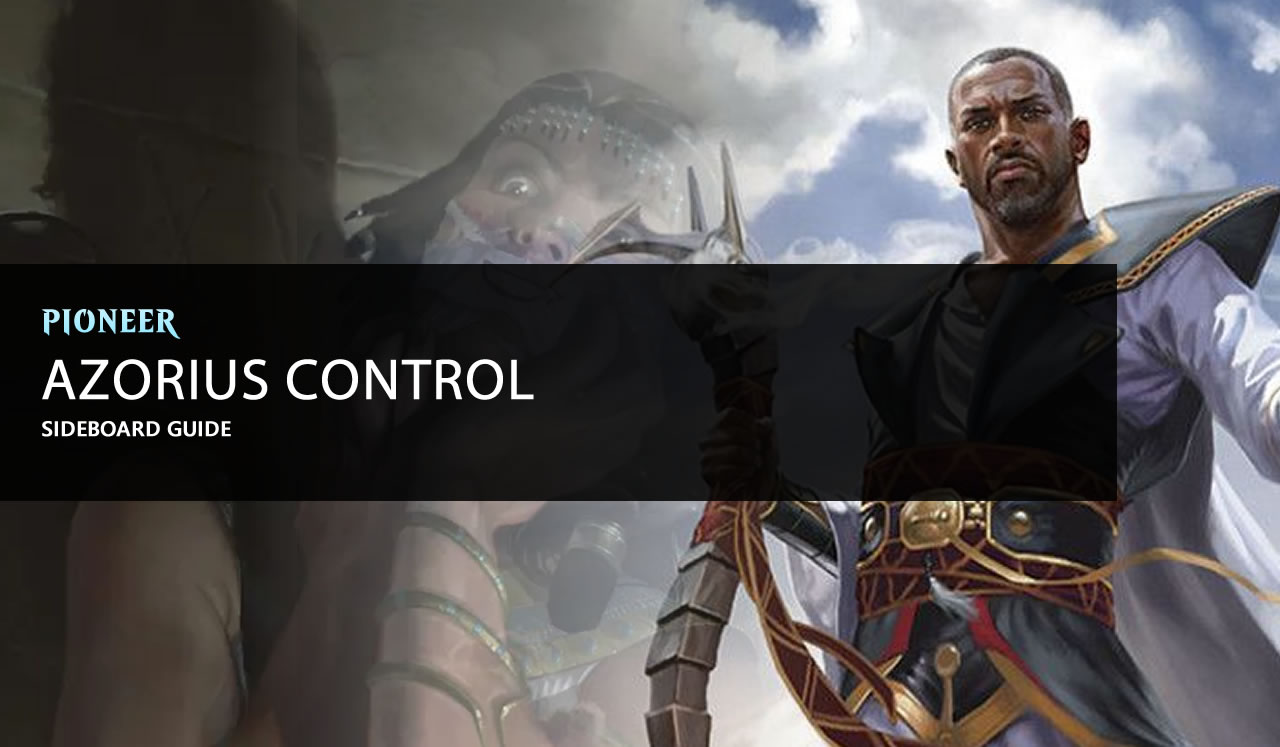 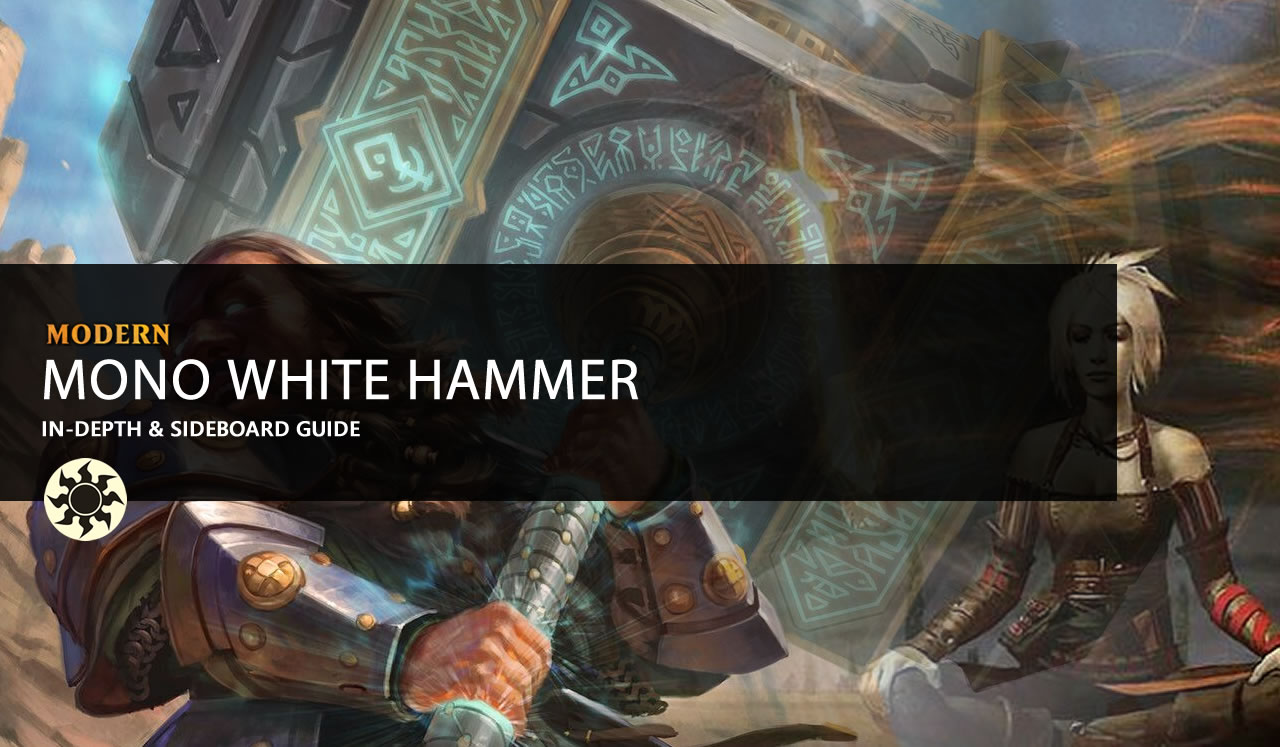 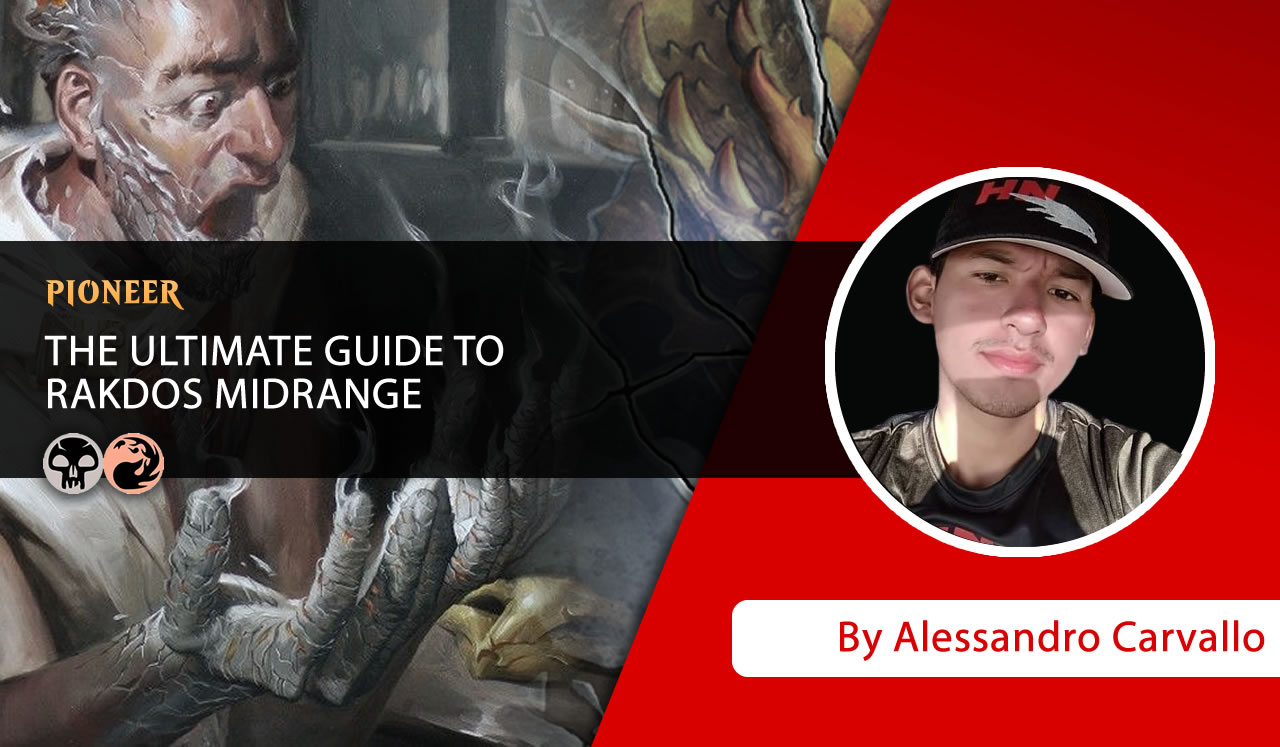